Recent attempts by several members of the Iraqi parliament to pass the Federal Court Law are of great concern to Iraqi civil society activists. The draft law would allow clerics to sit on the Federal Supreme Court Committee, raising fears that the Federal Court will become a political tool for parties, threatening to turn Iraq, once again, into a sectarian state.

The legal and social objections to the proposed law are centered particularly on provisions in paragraph 2, which reflect efforts by a number of deputies to place four clerics within the 13-member judiciary, including the president and his deputy. These deputies base their support on a false assertion that the Iraqi constitution supports the draft law’s intent.

Opponents of the proposed law highlight the risk it poses to the secular foundation of Iraq’s government: adopting the Federal Court Law (click here) would push Iraq toward becoming a religious state given that the four religious clerics would have tremendous power on a court composed of just13 members. The law was first drafted in 2015, but its adoption has thus far been delayed because of the controversies surrounding the large percentage of clerics who would sit on the court and concerns about their competence in the secular legal sphere.

On 9 June, civil society representatives gathered to discuss the draft law in a special workshop held at the Iraqi Amal Society in Baghdad, which was organized by the MP Raed Fahmi’s office. They agreed that the views and concerns of civil society must be seriously considered before adoption of any law affecting the Federal Court.

The participants suggested finding an alternative to the law that would allow the participation of religious scholars and jurists without giving them a fixed number of seats on the court itself. This could be achieved through the creation of a Board of Commissioners that would study and analyse pressing legal issues and then give its views to the court. This solution would ensure the representation of clerics while respecting the Court’s jurisdiction and reinforcing its independent status.

The group also proposed the addition of a new paragraph to the law — Article 3 — which would stress the need to establish specific controls and requirements for all experts of Islamic jurisprudence and jurists nominated to the Board of Commissioners. They also proposed additional articles guaranteeing the right of political parties, civil society organizations and trade unions to call on the court to interpret those constitutional provisions they see as problematic and in need of greater consideration.

(For the text of the Ninth Workshop Proceedings click here)

A number of deputies and politicians expressed concerns similar to those expressed by civil society groups. In an interview with MP Raed Fahmi of the Saron Alliance (published on the Nass website (click here), Fahmi stressed that “the presence of clerics on the court is contrary to the Constitution, and we seek to address this fact before legislation of the law”. He pointed to an existing proposal, already submitted by some parliamentarians, to keep the court as it is now, consisting of the president, vice president and 5 judges.

In an interview published by the website, Baghdad Today (click here), former MP and Christian politician, Joseph Saliwa, warned people of the dangers of this legislation which would change the composition of the current Federal Court. The inclusion of clerics as members of the court, he said, would cause “damage to non-Muslim populations in Iraq.” He added that “this endeavour attempts to make Iraq a replica of the Islamic regime in Iran, and this is what we reject categorically. The formula now being considered in Iraq is imported directly from Iran, where the Expediency Council is responsible for appointing the Supreme Leader, who has absolute power to enforce the ‘Wali al-Faqih’ system.”

Saliwa stressed that the draft law has been discussed for many years and that the first version, submitted to the Iraqi parliament in 2015, proposed only 2 clerics would join the Court. At the time, even this number caused concern — the present version of the law doubles that earlier number to 4!

We, the Iraqi Civil Society Solidarity Initiative (ICSSI) and the Iraqi Social Forum (ISF), express our deep concern about the rush to adopt such a law because of the serious problems it raises, from the fears it instills in many Iraqis to the widespread lack of confidence such a law would raise concerning Iraq’s constitutional institutions and legal system. Iraq is known for the many of religions, sects and cultural affiliations of its people. This law disregards that rich and valuable diversity. Therefore, we call on the Iraqi legislature to communicate with a broader spectrum of Iraqi society before enacting this potentially damaging law. We ask the legislature to listen to the opinions of the many traditions and cultures within Iraq and to promote an Iraqi state that respects and supports them all. Only as a democracy based on the true representation of its people, will Iraq have a political foundation that can ensure harmony, stability and progress.

The ICSSI and the ISF call on the international community, especially UNAMI and the European Union Mission in Iraq, to stand in solidarity with Iraqi civil society. We ask them to ​​play an active role in assisting the Iraqi legislature to prepare laws that promote civil peace, separation of powers, and respect for the rights of minorities. The Federal Supreme Court Law is of great concern to members of Iraqi civil society and Iraqi minorities for all the reasons highlighted here, and Iraqi legislators should seriously consider these concerns. If this law were enacted, it would seriously jeopardize the future of the Federal Court and the Iraqi state in the coming decades. 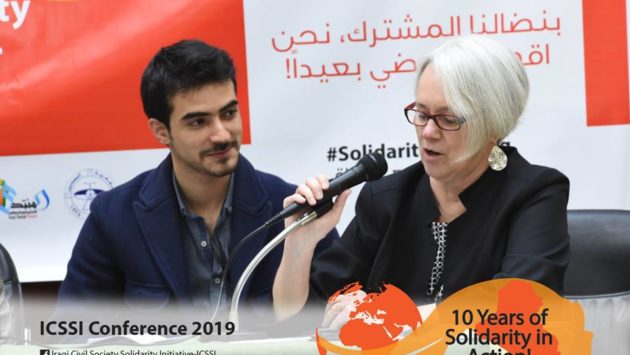 “Reflections on 10 Years of the Iraqi Civil Society Solidarity Initiative” 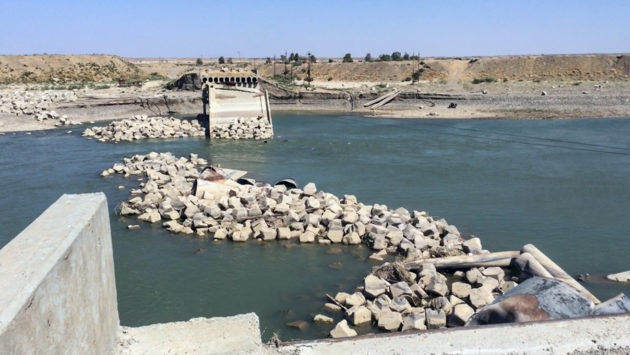 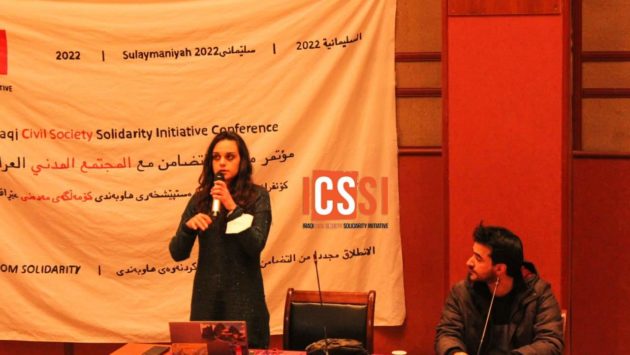