The Minorities and Displaced People masar (path) joins the national campaign to support the adoption of the Yazidi Survivors Law. The draft legislation will soon will be debated in the Iraqi parliament and should be improved upon. The draft is the first legal step taken to assist the victims of the genocide of Yezidi people.

The campaign focuses on the fact that the proposed law should include assistance for all victims. Survivors include women, men and children; some children have lost all family members and become orphans without a breadwinner. Some women were killed after being captured by Daesh while others died after their liberation, in part due to the horrors these women experienced and witnessed.

Although the law recognizes the rights of female survivors, campaigners believe it should allow for consideration of other cases that require legal intervention. The campaign calls for addressing the most controversial gap in the law: its failure to provide a solution for children born out of the rapes of Yazidi women by Daesh fighters. The proposed law refers to the legal status of children born from surviving mothers and suggests that these children will be considered Muslim even if they were born to a Yezidi woman. The campaign calls for more practical solutions to this problem, which the law as currently drafted fails to resolve.

The campaign calls on Islamic and Yazidi religious authorities to find theological and social solutions to this problem, and urges parliamentarians to involve wider sectors of the Yezidi community, including civil society activists and experts, to address these specific issues.

The Minorities and Displaced People masar seeks to preserve the cultural and religious diversity in Iraq and has previously contributed to and commented on draft laws guaranteeing the rights of minorities. The masar works in cooperation with the Masarat Foundation and the Information Center for Research and Development, within the Iraqi Social Forum, as well as with the Iraqi Civil Society Solidarity Initiative (ICSSI) and the Italian organization Un Ponte Per, and with support and funding from the European Union.

The Minorities and Displaced People masar 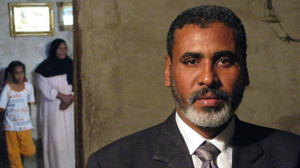