A week ago, an initiative was launched under the name of “Fetrah”. The initiative stands against promoting LGBTQ values in Arabic countries.

Between the the increase of the Turkish cross-boarder bombing In the north of Iraq, the constitutional vacancy in the Iraqi government, the lack of services in the Iraqi infrastructure and the terrorist activities spreading among the states of Iraq, the parliament decided to respond immediately to the initiative and initiated a research to posit a law that bannes LGBTQ+ from Iraq.

Although it’s hard to say whether they are a “movement”, a “platform”, an “initiative” or an “organisation”, due to the fact that their twitter profile says they are an initiative alongside with a label that says “Non-Governmental & Non-Profit organisation”.

“Life began and goes on with male and female, not with sexual abnormality”.

This is a quote from the Iraqi branch of the initiative and this is really confusing; as we all know, being a homosexual does not necessarily mean changing the sex, it’s about being sexually and emotionally attracted to the same sex as the homosexual. Now when they mention “sexual abnormality” they mean homosexuality, but just like most of the Arabic culture, they will never concede with the word “homosexuality” and prefer to replace it with “abnormality” to degrade the LGBTQ+ community. Therefore, they’re really confusing when it comes to their vision, are they against transgenders? or gays/lesbians?

“We also stand against using violence and insults, because it may complicate the issue even more, and we call for solutions and laws to limit the spread of these ideas and campaigns in the right way and to nurse these groups”

As much as this quote may seem cozy and nice, it is quite the opposite when it comes to the meanings that are hiding between the lines of their speech. When you you want to legislate such laws, you’re basically discriminating the existence of LGBTQ+ community which is identified as a “structural violence”.

Let’s leave aside the fact that they compared crimes and harassment with people who just want to live their lives. The thing is you can’t deny that homosexuality takes a big part of the Arabic history. For example, The Epic of Gilgamesh included included paragraphs that implies homosexuality between Gilgamesh and Enkidu, and also there was Arabic gay poetries and the fact that when Arab merchants went to Europe, the natives admired and translated Arabic poetries from those merchants and these poetries got some of its texts deleted or transformed due to containing gay content (considering the middle cenuries of Europe and the rule of Church). Therefore these ideologies are not “intruders”, yet they have vanished over the years in the Arabic community and now it’s back to get it back the way it was.

It is also important to mention the history of direct and brutal violence during the current political system against the Iraqi LGBTQ+ community. For example “Jaysh Al-Mahdi” militia used to crush their skulls with bricks. Daesh militia (ISIS) used to throw them from the building tops.

After a big wave of Arabic people supporting this movement. Recently they complained about their Facebook and Instagram pages being shut down by META. Now we’re not saying that META has been completely neutral and fair with their policies (for example banning the posts that advocate Palestine against the oppression of Israel), yet this is a different case here. Their posts and what they aim for is taking the rights of innocent people just because they want to be comfortable in their own skin. This is a direct hate speech, maybe if they had spoken in more civil and peaceful ways, they would’ve been active on META until now.

Maybe it’s too early to talk about LGBTQ+ Community rights in Iraq considering the deterioration of the social, political, economical and environmental situation in Iraq. Not to mention the extreme danger that anyone who wants to work on that topic would be exposed to. But sooner or later, civil society has to deal with this issue, given that it’s a big part of the Nonviolence and Social Coherence path. Looking back at the history of civil society, the more they achieve in gender equality and women rights, the more they start to work on LGBTQ+ Community rights. And this does not mean that we have to stand and do nothing about it while watching innocent souls die and get demolished, yet we have to do our best to serve their humanitarian needs, to avoid new violent cases in our community.

According to the Maslow’s hierarchy of needs, the individual (or a group) might have more tendency to violence when he/she/they start to lose their humanitarian needs and the possibility increases as we go down the hierarchy.

And after confidentially talking to some Gay/Lesbian/Queer Iraqis, they conveyed that they loss their Physiological needs, Safety needs, Love and social belonging needs and their Esteem needs.

Therefor, the PVE projects in Iraq should shed light on this community, to take a step forward to achieve a social coherent society. 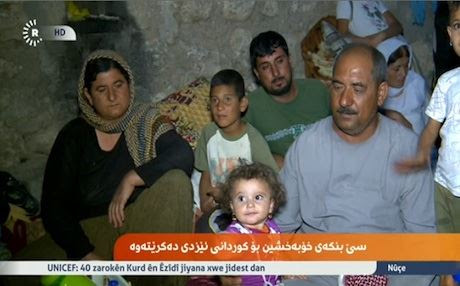